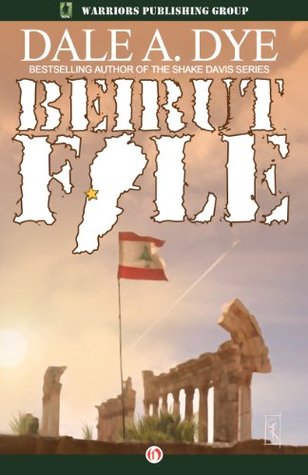 
Our arms became sore from being contorted into various positions and having the leather sling straining our joints and biting into our muscles. Most of us had problems perfecting the sitting position which I never saw used in combat. Second only to accuracy was safety. Its principles were pounded into us mercilessly. Never point a rifle at anything you don't intend to shoot.

Check your rifle each time you pick it up to be sure it isn't loaded. At first, the sound of rifles firing was disconcerting. But not for long. Our snapping-in had been so thorough, we went through our paces automatically. We fired at round black bull's-eye targets from , , and yards.

My concentration was complete. Discipline was ever present, but the harassment that had been our daily diet gave way to deadly serious, businesslike instruction in marksmanship. Punishment for infractions of the rules came swiftly and severely, however.

Peleliu : Documentary on the World War 2 Battle of Peleliu

The sharp-eyed captain in charge of the range rushed up from behind and booted the man in the rear so hard that he fell flat on his face. The captain then jerked him up off the deck and bawled him out loudly and thoroughly. We got his message.

Platoon took its turn in the butts. As we sat safely in the dugouts and waited for each series of firing to be completed, I had somber thoughts about the crack and snap of bullets passing overhead. Qualification day dawned clearly and brightly. When the final scores were totaled, I was disappointed. However, I proudly wore the Maltese Cross-shaped sharpshooter's badge. And I didn't neglect to point out to my Yankee buddies that most of the high shooters in our platoon were Southern boys. 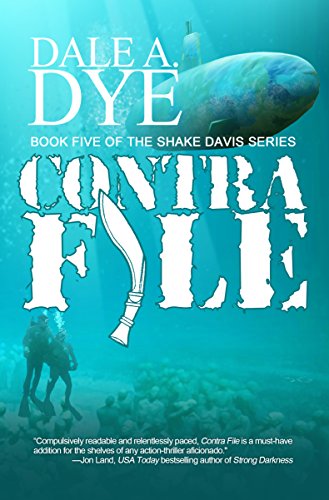 Feeling like old salts, we returned to the recruit depot for the final phases of recruit training. The DIs didn't treat us as veterans, though; harassment picked up quickly to its previous intensity. By the end of eight grueling weeks, it had become apparent that Corporal Doherty and the other DIs had done their jobs well.

We were hard physically, had developed endurance, and had learned our lessons. Perhaps more important, we were tough mentally. One of our assistant drill instructors even allowed himself to mumble that we might become Marines after all. Finally, late in the afternoon of 24 December , we fell in without rifles and cartridge belts. Dressed in service greens, each man received three bronze Marine Corps globe-and-anchor emblems, which we put into our pockets. We marched to an amphitheater where we sat with several other platoons.

This was our graduation from boot camp. Put on your Marine Corps emblems and wear them with pride. You have a great and proud tradition to uphold. You are members of the world's finest fighting outfit, so be worthy of it. The major told several dirty jokes.

Everyone laughed and whistled. Before dawn the next day, Platoon assembled in front of the huts for the last time. We shouldered our seabags, slung our rifles, and struggled down to a warehouse where a line of trucks was parked. Corporal Doherty told us that each man was to report to the designated truck as his name and destination was called out. The few men selected to train as specialists radar technicians, aircraft mechanics, etc.

Sledge, , full individual equipment and M1 rifle, infantry, Camp Elliott. We were destined to take the places of the ever mounting numbers of casualties in the rifle or line companies in the Pacific. We were fated to fight the war first hand. We were cannon fodder. After all assignments had been made, the trucks rolled out, and I looked at Doherty watching us leave.

I disliked him, but I respected him. He had made us Marines, and I wondered what he thought as we rolled by. Roy S. Geiger, USMC. For the Palau operation, the 1st Marine Division assaulted Peleliu on 15 September while the 81st Division took Angaur Island and provided a regiment as corps reserve. It consists of the targets mounted on a vertical track system above a sheltered dugout, usually made of concrete, in which other shooters operate, mark, and score the targets for those on the firing line.

It has been used rarely since World War II. The typical two-story barracks was shaped like an H, with the squad bays in the upright parts of the letter. The many-windowed squad bays held about twenty-five double-decker metal bunks. The room was big, roomy, and well lighted. The ensuing two months were the only period during my entire service in World War II that I lived in a barracks. The remaining time I slept under canvas or the open sky. No one yelled at us or screamed orders to hurry up. The NCOs seemed relaxed to the point of being lethargic.

We had the free run of the camp except for certain restricted areas. Taps and lights-out were at We were like birds out of a cage after the confinement and harassment of boot camp. With several boys who bunked near me, I sampled the draft beer at the slop chute enlisted men's club , bought candy and ice cream at the PX post exchange , and explored the area. Our newly found freedom was heady stuff. We spent the first few days at Camp Elliott at lectures and demonstrations dealing with the various weapons in a Marine infantry regiment.

We received an introduction to the 37mm antitank gun, 81mm mortar, 60mm mortar,. We also ran through combat tactics for the rifle squad. There was always one man, frequently—in fact, usually—a New Englander who knew it all and claimed to have the latest hot dope on everything. I'm getting into light machine guns; they say that's a good deal.

My uncle was in France in World War I, and he said the average life of a machine gunner was about two minutes.

I'm gonna be a rifleman, so I won't have to tote all that weight around. None of us had the slightest idea what he was talking about. One day we fell in and were told to separate into groups according to which weapon we wanted to train with.

If our first choice was filled, we made a second selection. The mere fact that we had a choice amazed me.

Books with a similar title

Apparently the idea was that a man would be more effective on a weapon he had picked rather than one to which he had been assigned. I chose 60mm mortars. The first morning, those in 60mm mortars marched behind a warehouse where several light tanks were parked. Our mortar instructor, a sergeant, told us to sit down and listen to what he had to say. His bearing oozed calm self-confidence. There was no arrogance or bluster about him, yet he was obviously a man who knew himself and his job and would put up with no nonsense from anybody.

He had an intangible air of subdued, quiet detachment, a quality possessed by so many of the combat veterans of the Pacific campaigns whom I met at that time.

Sometimes his mind seemed a million miles away, as though lost in some sort of melancholy reverie. It was a genuine attribute, unrehearsed and sponta-neous. In short, it couldn't be imitated consciously. I noted this carefully in my early days in the Marine Corps but never understood it until I observed the same thing in my buddies after Peleliu. Marines now. You are not in boot camp anymore. Just relax, work hard, and do your job right, and you won't have any trouble. You'll have a better chance of getting through the war.

The 60mm mortar is an effective and important infantry weapon. You can break up enemy attacks on your company's front with this weapon, and you can soften enemy defenses with it. You will be firing over the heads of your own buddies at the enemy a short distance away, so you've got to know exactly what you're doing. Otherwise there'll be short rounds and you'll kill and wound your own men.

I was a 60mm mortar-man on Guadalcanal and saw how effective this weapon was against the Japs there.


Any questions? The assembled gun weighs approximately forty-five pounds and consists of the tube—or barrel—bipod, and base plate. Two or sometimes three 60mm mortars are in each rifle company. Mortars have a high angle of fire and are particularly effective against enemy troops taking cover in defilades or behind ridges where they are protected from our artillery. The Japs have mortars and know how to use 'em, too.